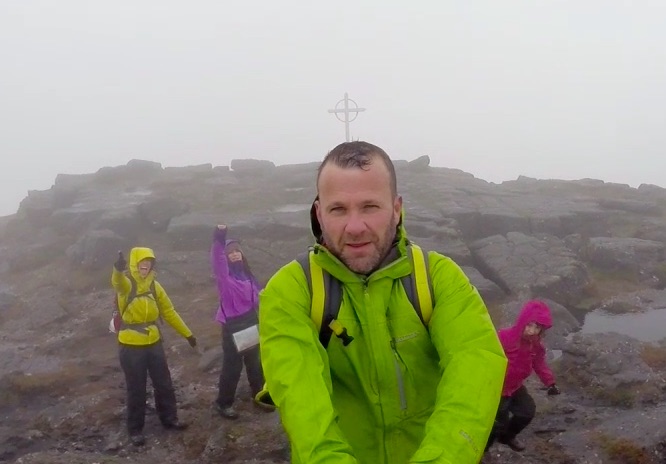 What could be a better way to start our Climb Everest Challenge then climbing what is sometimes known as an Irish Munro! Galtymore, standing at 919m tall, had been obscuring the horizon ever since we arrived at our Caravan site in the Glen of Aherlow so we couldn’t really ignore it – it was justasking to be climbed – so, as soon as possible, we pulled on our boots, packed our rucksacks and set off. Unlike most mountains we are used to climbing, though, there wasn’t actually a path to the top. No, in Ireland it’s very much make-your-own way! So that’s exactly what we did.

Galtymore’s sides are steep – very steep – and boggy due to small streams flowing down, so scrambling up the mountain wasn’t an option. To reach the ridge that led to the summit, we had to climb a smaller mountain by the name of Drumleagh in order to get to the – in a way – starting point of Galtymore. Then, after scaling Drumleagh it was a perilous walk along the ridge toward the plateaux before the summit of Galtymore . The wind was howling and visibility was not in our favour as we had now entered the clouds gathered around the peak. We kept to the wall on our right to avoid being blown off course by the wind and end up closer to the sheer drop then we expected. And then the wall crumbled to a stop and we had a trek across the peat-coated plateaux with no guidance but our map, which is pretty useless when you don’t know exactly where you are on it. This is probably sounding worse than it actually was but I have to admit it was rather scary, scraping arrows into the peat to show which way we’d come for our return and looking ahead and behind to see only mist as well as what looked like bottomless abysses filled with cloud beside us. But we made it to the top, tired and bedraggled. A memorial white cross near the summit cairn marked a plane crash which, in the visibility and conditions we were experiencing, wasn’t hard to imagine. It was easy to see how incidents like that happen.

After a quick lunch of sandwiches and peanuts (which taste so much better on the mountain), we had new-borne moral from having full stomachs and reaching the summit. The way back was much easier, as we went with gravity instead of against it, and soon we were out of the mist and descending back down toward the forest from where we began. And arriving back at the van a couple of hours later, we felt weary yet refreshed for time outdoors in the Irish country.

That’s one mountain bagged and nearly 1000m climbed! Bring on the next summit! 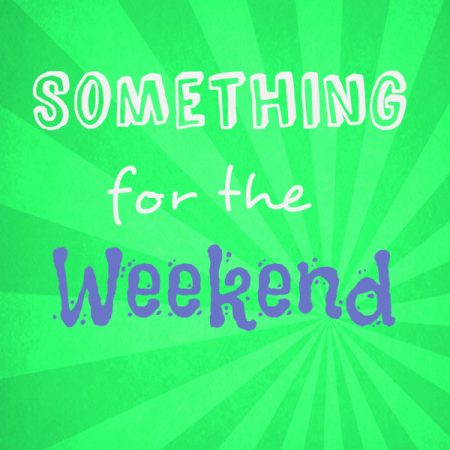 Something for the weekend?

Sign up for a short and punchy weekly email that contains ideas for family outdoor-type things to do at the weekend. Perfect for a busy…
Something for the weekend
READ MORE

Kids should be allowed to play outdoors and get dirty (like kids used to once upon a time).
READ MORE