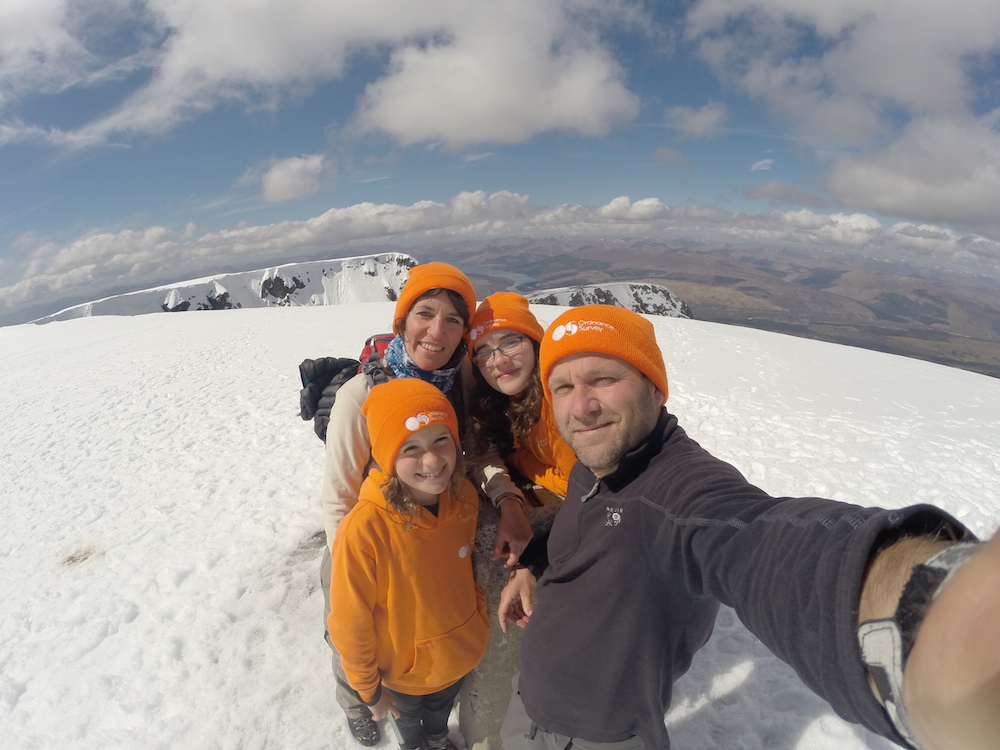 Like anything, snow is brilliant when it doesn’t wreck your plans. But, the first time we attempted to summit the 1,345m Ben Nevis, it did just that. We were little past half way and climbing the second zigzag in the path when we reached the snow line and were forced to turn back, the path being dangerous for anyone (us included) without crampons. A year on, we were back in Scotland with renewed determination, and decided to give Ben Nevis another shot.

The weather was in our favour. We were met in the morning by blue sky, sunshine and no wind – a warm day worthy of a Ben Nevis climb. In fact, and I don’t want to sound ungrateful, we found it was almost too warm climbing up the mountain to the halfway lake and even the slightest breeze was welcome. It seemed others had made the most of the conditions too. A helicopter was transporting bagged rock from the mountain’s scree to the footpath. One of the volunteers supervising the work from below told us how they were preparing the stone for the next week’s repairs on the path. They explained how the infamous snow on Ben Nevis had affected them as well; a lot of stone that they had bagged the previous year was left on the side of the mountain and had been buried. Some had to be imported from the nearby port of Oban, and they were left with extra stone when the snow line eventually receded. After waiting for good visibility and gentle winds, they’d finally got their perfect day to transport the stone to the footpath and were spending a few hours doing so.

It was way past our previous turnaround point when we reached the snow. Unlike last time, though, it was soft and walkable. And it certainly wasn’t going to prevent us from reaching the summit. We pressed on until we reached the trig point and had a complete 360° view. It would have been easy to mistake the landscape for the Alps – the snowcapped peaks with villages dotted between, the snow drifts, the nearby Glen Coe ski resort. It was a stunning end to our walk and just proved that sometimes we don’t need to travel far to appreciate fantastic views when we have mountains like Ben Nevis on our own doorstep.

We climbed Ben Nevis as part of our family-friendly Climb Everest Challenge. 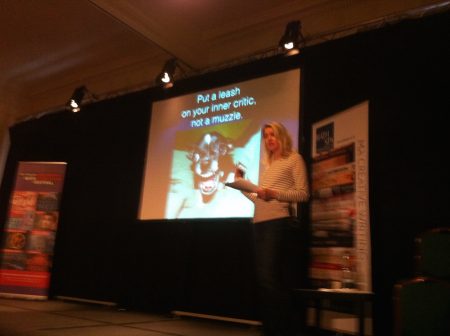 Writing masterclass by Jennifer Donnelly My Highlight of the week was visiting the Bath and Cheltenham Literary Festivals. As well as doing our talk at both…
READ MORE 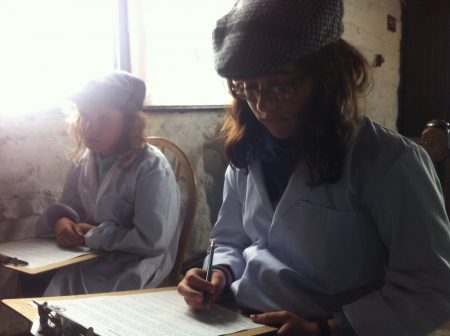 Cornish Seal sanctuary Whilst we've been travelling around the country we've often been drawn to Sealife centres, particularly since seals are Ella's favourite animals. As…
READ MORE 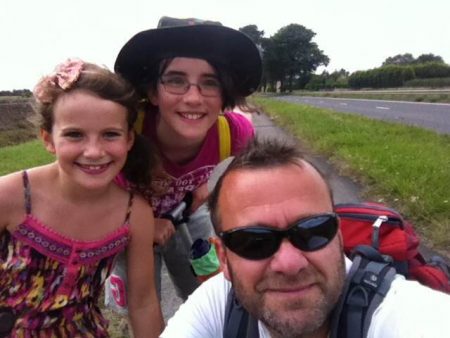 Scootering is great exercise that gives great satisfaction - especially in a city like Oxford that has some of the nicest, smoothest cycle paths we have…
READ MORE