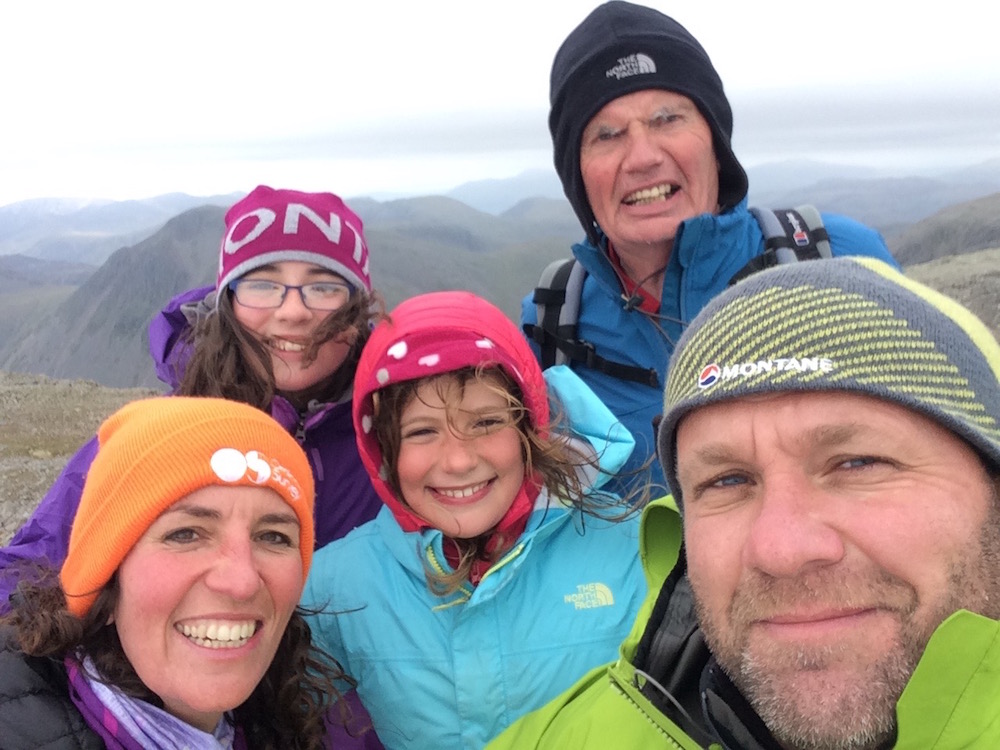 Well, after 7 stunning peaks, we came to the conclusion that our Climb Everest Challenge should go out with a bang, and what better way to do so than climbing the highest peak in England – Scafell Pike.

Picked up by our Great-Uncle from Gosforth village, not far from Scafell Pike, we trundled along a country road in his small motorhome to Wasdale Head. The weather forecast did hint at rain during our walk, so we kept our fingers crossed, as we packed the waterproofs, that they would be used as windjammers rather than raincoats. We set off walking up a less touristic path that wove between Lingmell Crag and Great Gable, following a river. The terrain was fairly steep and there was just some worn grass as the path, but it did the trick and was a very picturesque route. We then passed some dramatic crags and deep gullies as we clambered up the grassy slopes, stopping for lunch and to say hello to some hardy mountain sheep. It was then just a short walk, joining the main Scafell Pike path, to the summit.

When I was seven, I climbed Scafell Pike with my dad, and all we could see from the summit was mist. My dad had climbed Scafell a few times previous to that and he didn’t get any better views. So it was a first for both of us to be able to see the mountains surrounding us, the town of Whitehaven in the distance and even Keswick and Skiddaw vaguely visible on the horizon. To top off this, on the way back down, we bumped into the Ordnance Survey Press Officer, our conversation sparked by mutual branded hats. It turned out that they were doing some filming with Ben Fogle, who walked past while we were speaking and nodded a brief hello. It was their second day filming on the Scafell Pike summit and they were re-measuring the height of the mountain.

So an unexpected surprise on our final Climb Everest Peak, but it was certainly the perfect way to end what has been a brilliant challenge. We have now climbed 8848m to what would be the summit of Everest in a safer, family-friendly and more enjoyable way. 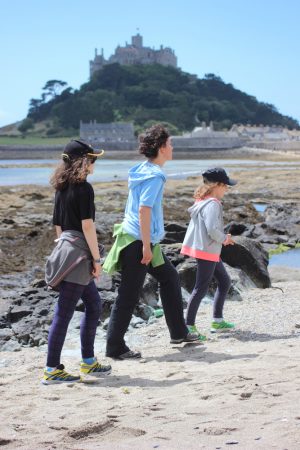 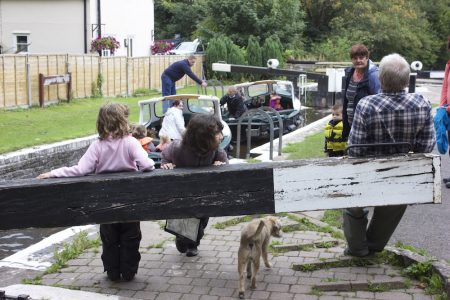 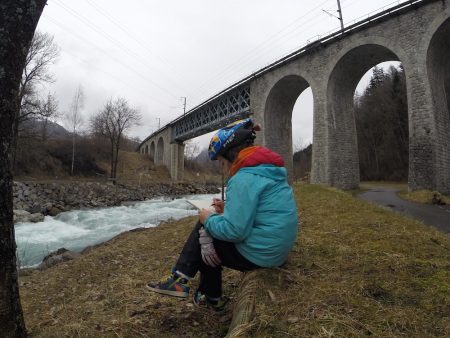 Saddle up and doodle doo

If you love drawing or cycling or both, then here's an idea. Head out on a cycle ride, with your sketch book and pencil and…
Blog Something for the weekend
READ MORE