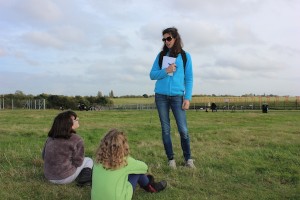 Recently, there has been a lot of press interest in our ed-venture around the UK. Our story appeared in a local Nottingham paper in September followed by some of the national papers soon afterwards. The Telegraph has been very supportive of our family stories in the past and have previously sent a couple of reporters to camp out in a local woods with us and scoot around the city. The focus this time was on our decision to up sticks and travel around the UK in a caravan, “road-schooling” the girls.

Annabel Venning, reporter for the Telegraph, travelled up to Birmingham (where we were staying for the Motorhome and Caravan Show) and spent the day with us at a local city farm. As well as learning about how a city farm is run and its successes and pitfalls, the girls also received a lesson in how write features from Annabel.

So what did Amy and Ella learn about feature writing while on a day out with Annabel Venning?

Amy and Ella both enjoy writing and were keen to get tips from an experienced journalist.

Your time to die

Two years ago we decided to escape the rut of everyday life: working too hard and not spending enough time together doing the things we…
READ MORE 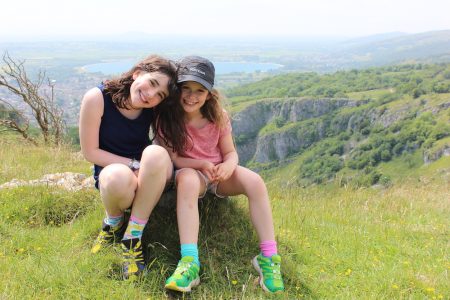 Journey 21 – 4 miles along the Cheddar Gorge

This week we’re in Somerset, where us kids get excited about the strawberries and the adults about the cider! But there is also some incredible…
READ MORE