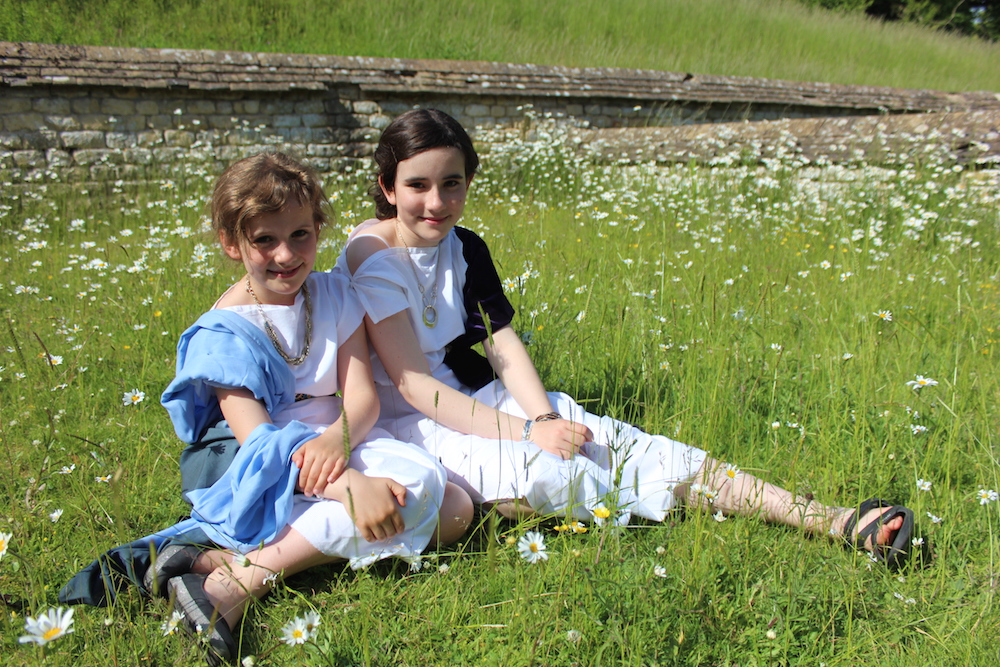 The Romans is a popular historical topic covered in primary schools which children often enjoy because of the hands-on approach that is taken. Even though this period of history is such a long time ago, children enjoy learning about the invasion of Britain by the Romans and the impact that they had. Roman roads, villas, baths, walls all act as a reminder of a very progressive period in British history.

It was a visit to Chedworth Roman villa, in Gloucestershire that prompted learning about Romans. Trips to locations often bring history to life and children get excited about them. Before heading to see the villa we asked the girls to do some preparation. They carried out some research about typical Roman clothing and food. We wanted to make this learning real and purposeful so the aim was to then make an outfit that they could wear during the visit. With the help of Granny, the girls practised a couple of sewing techniques in order to attach a white sheet together to create a stola. They then decorated it with jewellery and scarves for full effect. They read about and watched a couple of entertaining Horrible Histories videos about Roman food and planned a possible menu that we would be able to eat. So, before going, the girls were already getting excited about the topic, keen to wear the outfits that they had designed and made.

The day then came for the visit. The National Trust staff guided us around the site, giving us a detailed insight into how the Romano-British villa would have looked. One member of staff, in role, talked through the medicines that would have been used to cure all sorts of illnesses. Another member of staff focussed on the conservation work that is carried out at on site. The girls marvelled at the amazingly well-preserved mosaics and came away with their own kit to make a Roman tile of their own.

So, if you have ever wondered ‘what have the Romans ever done for us?’, a trip to a villa like Chedworth will provide you with the answer. 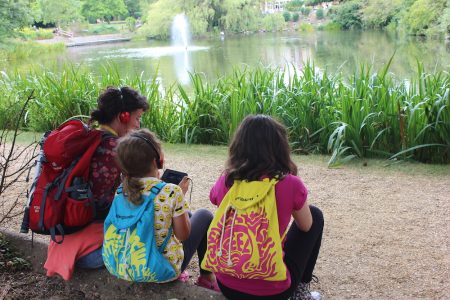 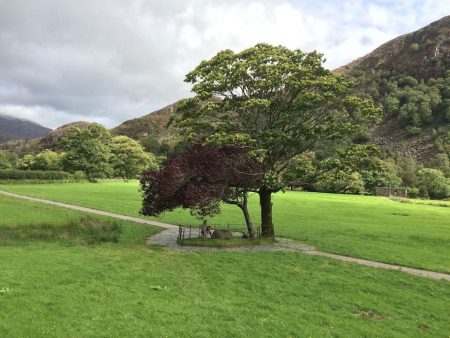 As the dog let out a dying howl, a baby cried. Prince Llywelyn of Wales knew he had done the wrong thing.
READ MORE 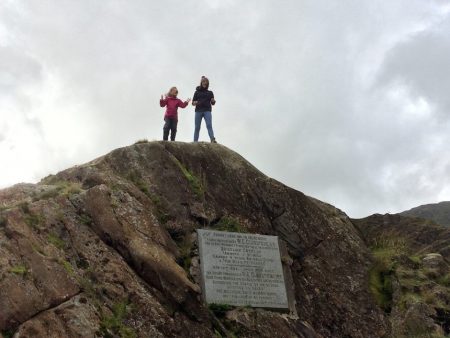 The Watkin Path, named after its creator Edward Watkin (a friend of Gladstone’s), was the first designated footpath in Britain and was officially opened by…
Blog snowdon
READ MORE