Previous post
Next post
For the last two weeks we have extended our ed-venture further afield and travelled across the Irish Sea to explore the beautiful Emerald Isle seeking new opportunities to learn about a different country. As we’ve been travelling around the UK, the girls have learnt about each and every location that we visit, gleaming historical and geographical facts along the way. So, while in Ireland, we wanted to learn as much as possible along the way too, getting an insight into Irish history, culture and way of life.

The Irish history overlaps greatly with British history in the early days but there is so much to learn about the Irish famine, emigration to the United States, the many wars with England, and the relatively more recent political unrest. The best way to learn about the Irish history is by visiting the places where many of these historical events took place, by visiting the castles and museums dedicated to communicating the history to visitors, reading information and listening to the experts that offer tours.

Whilst staying near Tipperary, we visited the Rock of Cashel, one of Ireland’s most interesting sites for heritage and architecture. A video followed by a tour by a very knowledgeable guide informed us the Irish history associated with this sandstone Irish-Romanesque cathedral which was once the traditional seat of the Munster Kings. Visits to other castles such as Ross castle in Killarney and Blarney Castle also gave us an insight into the patchwork of Irish history.

As well as castles, we also visited a couple of museums, the highlight being the Queenstown Story museum in Cobh, near Cork. This museum on the waterfront near the railway station effectively illustrated the journeys that took place from this seaside town, triggered by key historic events such as the Famine and uprisings. This was the last port of call for the Titantic before its fateful journey across to America and a section of the museum is dedicated to the events and people associated with it.

Southern Ireland is renowned for the its beautiful landscapes. Some of our more adventurous highlights were when we headed into the mountains. The first peak that we climbed was Galtymore in the Galtee mountain range near Tipperary. At 919m tall it towered over the forested valley below. We ventured up in fair weather but entered cloud near the plateau top. This made visibility poor and conditions uncomfortable. This is when the determination sets in and the girls showed strength.

A few days later, after travelling further south to county Kerry, we climbed Carrauntoohil, the tallest mountain in Ireland at 1,038m tall. This was a full day of walking. The girls once again persevered, walking over 6 hours and clambering up and down the steep and loose rocks of Devil’s Ladder. Walking and climbing is not only great exercise but encourages a sense of determination, grit – it’s also a good time to talk and discuss all kinds of matters.

The Irish love their music and pubs proudly offer live music throughout the week. Some venues are specifically targeted at tourists and offer a  flavour of traditional Irish tunes but authentic live music can equally be found in towns throughout, particularly at the weekends. Our flavour of Irish music came in a pub one night as we watched two men perform a mixture of traditional Irish songs, including a request by the girls for Irish Lullaby (which was sang to them when they were young).

Ireland is a nation of sport lovers. During our visit the Rugby World Cup was taking place and pubs were showing the games as avid fans cheered on. Rugby is not the main sport in Ireland though; gaelic football and hurling are two of the most popular and traditional sports. Outside on the streets, children and young adults carrying hurling sticks are a common sight.

We wanted to learn more about the sport and headed to a local game to see it being played. Although it wasn’t a professional game and was played by teenagers, the standard was high. It was impressive to watch and the players were extremely skilful in so many areas. 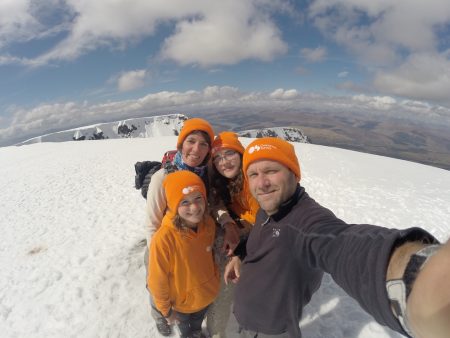 Like anything, snow is brilliant when it doesn’t wreck your plans. But, the first time we attempted to summit the 1,345m Ben Nevis, it did…
Climbing Everest challenge
READ MORE 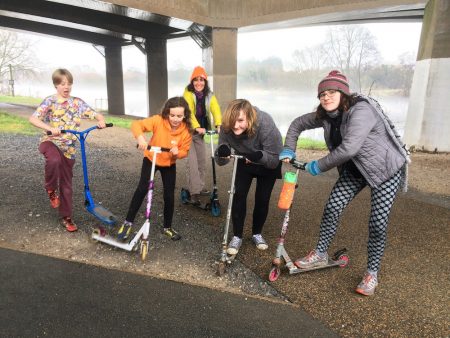 It’s been a while since we last got the scooters out, so this adventure was one we were all looking forward to. What made this…
Blog Get Outside Project: Base Camp Scooter
READ MORE

Kids need help to find their “I CAN” super power

Children have huge potential and capabilities to do more than just pass exams and do as they are told. They can change the world and…
READ MORE