I had hoped we’d have good weather during our National Three Peaks Challenge. It would be undoubtedly more enjoyable to walk the UK’s highest mountains in sun, rather than tramping along in pouring rain and high winds. And, in fact, as we started the long, eight-hour journey from Cambridge to the foot of Ben Nevis, I was hopeful. But it took about half an hour for the blue sky to turn to grey clouds and a splattering of rain, in the good old British way.

At least at the rain had stopped when we arrived at ‘The Ben’ as our Three Peaks companion Jason Rawles called it. We met him at the Youth Hostel at the base of Ben Nevis and, after hellos and a brief catch-up, we said goodbye to my mum and sister, who were staying at the car, and began our accent at around 6 o’clock in the evening. I was pretty nervous climbing the first section of the mountain, not because I was tired or because I could see a rain cloud gradually making its way over to us from a peak to the south – but because we had done absolutely no training.

Now, don’t think we’re reckless – we had packed carefully, brought along the correct OS map (the new Ordnance Survey 3 Peaks Map which includes route and road maps for the whole challenge) and, really, we’re quite outdoorsy people anyway, always out for walks or cycle-rides. But still, I couldn’t dispel that worry from my mind that we wouldn’t complete it in time, or even at all.

We were making good progress up Ben Nevis. It didn’t take too long for us to reach the ‘Halfway Lake’ and start up the zigzags into the cloud. Soon we were surrounded by mist, able to see a few stone slabs ahead but no more. Cairns loomed out of the fog and sometimes people did too, but it was hard to tell the difference until they got close. The whole thing was rather like a scene in the film ‘Up!’, when large boulders and stones are mistaken in cloud for people. It was pretty eerie, especially as we were walking to the summit at around 8-9ish at night. We reached the summit in the same mist but were surprised to find no snow at all, which meant that the trig point was raised a few metres off the ground, and we had to use steps to get to it. A little different to the previous time I’d summitted the mountain, when the whole plateau was coated in a thick snowdrift that meant the trig was actually level with the top of the snow.

We were back at the car by midnight. My legs were as tired as my eyes by then, and we were navigating back down by head torch. All I wanted to do was sleep, so it was no surprise that as soon as my head hit the pillow I went out like a light. My mum drove us through the night, while we all slept, and Jason drove his own van. He became pretty sleepy on the drive, so halfway through the journey, my dad drove his vehicle while he took his own nap.
We set off up Scafell Pike at half six. The fresh mountain air revived me, and we powered up the peak. We hardly passed anyone on our chosen route, the shortest and most direct one that led from the National Trust car park by Wast Water. Scafell was, like Ben Nevis previously, blanketed in mist from about two thirds up. But, as we progressed closer to the summit, the sun was trying its hardest to break through the fog. Patches of blue sky were occasionally visible and by the time we reached the top, we could see a little more of our surroundings, as a bit of the cloud had lifted.
We’d timed it perfectly, and couldn’t really ask for better. Scree-littered landscape stretched out around us and we could just, just, spot the town of Keswick in the distance, along with the prominent peak Skiddaw and Derwent Water down below it.

A sausage sandwich awaited us as we reached the cars, which was welcome, as we hadn’t stopped for a break on the mountain. Devouring them, we were soon on the road again, ready to tackle our third and final peak – Snowdon. It was slow going to begin with, weaving along narrow mountain passes only to reach slightly more main roads and be stuck behind a motorhome. Eventually though, we were speeding down to Wales, making good progress towards our final destination. That was then Jason had to pull over at a service station, the climbs and night drives again taking their toll. I was fretting a bit about the time – we would, from our calculations, have about four hours to complete Snowdon, which meant we would have to push on really hard to get up and down in time. But, Jason definitely needed to sleep, so he stayed at the service station for a half-an-hour kip before grabbing a coffee, while we carried on to Snowdon. As soon as we were there, we leapt out of the car, shrugged on sodden waterproofs and set off, hoping Jason would catch us up, as he insisted he would.

That was when the drizzle started. And that slight pitter-patter of rain on our coats soon turned to rain which, the higher we trekked, soon turned to sleet. We were taking the Pyg Track, the shortest and most direct route up the mountain, but meant were at the complete mercy of the weather (which, is seemed, didn’t seem in the mood to take pity on tired, innocent walkers). The wind soon joined the party and we were being buffeted around, slowly working our way higher up, the slippery slabs of stone not making the journey easy or, considering the amount of energy we were burning, particularly productive.
I was cold and wet, even my Gore-Tex waterproof not quite able to hold out against the horrific weather. And by the time we reached the summit, all my layers were soaked, socks included. But, despite the fact we were freezing, and all we could see was (yet again) mist, I felt jubilant finally placing my hand on that pillar of stone, knowing that we’d completed the National Three Peaks. That I’d somehow battled through it all and reached this final summit. And I knew that all the pain and fatigue and cold we had experience was, in the end, worth it.

Because we had completed the three peaks in 23 hours 35 minutes. 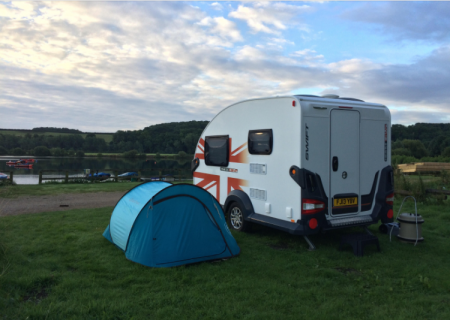 It was with excitement and anticipation that we parked-up by the side of an idyllically located sailing lake ready to sail, windsurf and of course,…
Project: Base Camp sailing windsurfing
READ MORE

Ordnance Survey's Locate app.
Something for the weekend
READ MORE 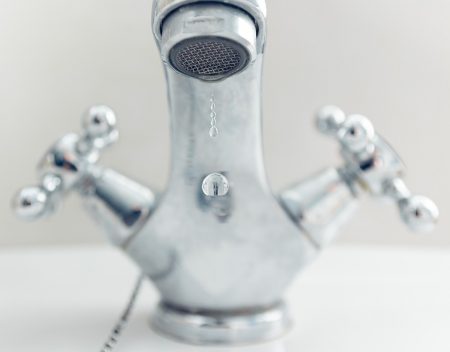 Fluoride: It’s In Our Tap Water But Is It Safe To Drink?

Fluoride has been present in UK tap water since 1964 yet there is still much debate about its effects. Over five million people in England…
Clear Plastic Bottles Tap Water
READ MORE