Skip to content
Home > Clock Off! > View the Moon

The moon may just look like a white ball up in the sky, but when you look more closely it is amazing.

All the way through it’s life, the moon has been bombarded by asteroids and other bits of rock and debris in space. That’s why you can see huge pits on the moon’s surface, called craters, when you look through a pair of binoculars or a telescope. It’s best to look at the moon when it’s not a full moon for it’s really bright.

The line that you see when part of the moon is shaded is called the terminator line (not the film for any fans out there!). On Earth we can only see one side of the moon as it rotates the same way as the Earth. The other side isn’t as covered in craters as the side we can see!

There are lot’s of famous ridges and craters on the moon so it’s goo to get to a quiet place NOT surrounded by light and get looking at that moon. 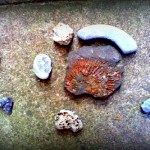 Now this doesn't mean you have to embark on an Indiana Jones type  adventure, or be an expert in archaeology. No, just go to the…
READ MORE 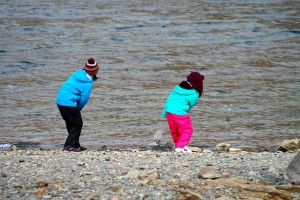 Skimming stones is a really simple activity to when you’re on a pebbly beach or bank by a lake etc. All you need are a…
READ MORE 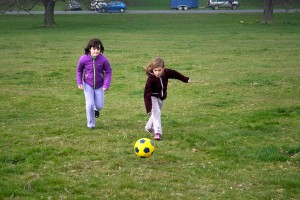 Kick a football up a hill

Know where there is a hill? Then why not kick a football up it? Sounds simple, but it is harder (and more fun) than it…
READ MORE